Anti-heroes and the Slaughter of the Innocents 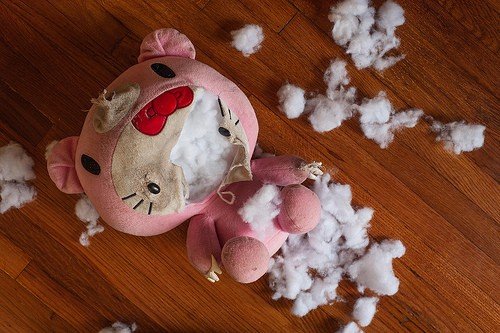 We’ll get back to organizing and time management, I promise, but today I really want to talk about something that’s been churning around in my mind partially due to my recent Netflix binge-watching adventures.

I first started thinking about writing an anti-hero character around the time the 2nd Thor movie came out and everyone was talking about how people loved Loki so much more than Thor. Who doesn’t love a good anti-hero?

I still haven’t written a character like that, but the idea has been kicking around in my mind for a while. The basic premise is this: woman falls in love with Loki.

My ideas come to me very simply.

But what would this look like? Would she want to change him? Or would she accept that she’s in love with a charming, yet slightly psycho, man and accept him for who he is? Isn’t that what true love is all about? Maybe she’d help him in his schemes, maybe she wouldn’t.  And while her love probably wouldn’t make him turn away from megalomania and a life of crime and taking over the world, at least he’d always have someone on his side. 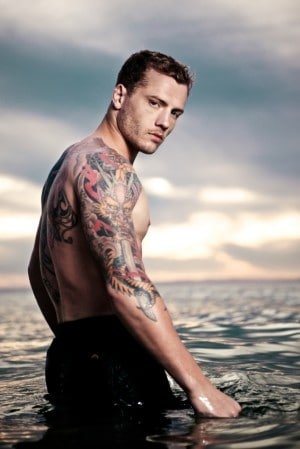 You want to reform him. You know you do.

To me, this is kind of what the New Adult book craze is about. The new genre is filled with tattooed bad boys who are emotionally damaged and/or physically scarred. They’re broken boys with broken lives and the girls who love them just want to fix them all up with their lurve. It’s a great sentiment. Fun to read about. Of course, some of it’s just a pile of derivative poo, but there are some standouts.

Anyway, the husband (code name: Megatron) and I are currently binge watching Breaking Bad on Netflix. As of this writing we’re mid-way through season 2. Last month, we watched all of House of Cards – and can I say, network TV holds little appeal. Thank God Game of Thrones comes back this week.

Anyway, for those who don’t know, in Breaking Bad, Walter White is a high school chemistry teacher who, once he’s diagnosed with inoperable lung cancer, decides to cook and sell crystal meth to make money to support his family. In HoC, Frank Underwood is a Congressman and the House Majority Whip who is as ruthless and conniving as they get. His wife, Claire, is a force to be reckoned with in and of herself. All three of these anti-hero characters have “innocents” in their lives. People who, to varying degrees, serve as a balm in the storm.

For Walter, it’s in the episode where he decides to have chemotherapy and is in school feeling its effects. A kindly janitor named Hugo always seems to be around to clean up the mess, offer a stick of gum, some comfort in the raging storm of horror taking over Walt’s body.

In HoC, Frank Underwood has Freddy the BBQ guy. Underwood has been going to Freddy’s dive restaurant in the hood for years. The relationship isn’t exactly a friendship, since there’s no equality, but Freddy is possibly the only “good” character in a sea of horrible people. Possibly.

Claire’s “innocent” is again someone outside of the craziness of Washington, an ex and sometimes current lover, the sexy British photographer, Adam.

Regardless of the personal failings of these “innocent” characters (at least 2 of them have criminal records) in the world of the show, they’re good guys. They’re much needed peace inside the maelstrom the shows’ anti-heroes have created.

So what happens to these “innocents”? Well, I sort of gave it away in the title. Each of them gets an undeserved reckoning due to their involvement with their anti-hero. It’s painful to watch.

After stolen lab equipment from Walter’s high school is discovered and linked to a meth lab, police investigate the school and arrest Hugo who has small quantities of weed in his car. Walt looks on, in horror, but can’t help without incriminating himself.

Freddy is targeted by an enemy of Underwood’s and the poor man ends up losing his restaurant and livelihood. Claire’s affair is exposed and she viciously manipulates Adam in order to cover it up. Adam’s new fiancée’s family is put at risk and his own personal and professional reputation is terribly damaged.

These shows are so good because of the complexity of the characters. These relationships with their “innocents” give the anti-heroes depth and humanity and make them compelling to watch. I have a feeling as both these shows continue (or as I continue to watch) there will be even more slaughtering.

Writers are always encouraged to put our characters through the ringer. Conflict is the basis of everything, after all. When we write traditional “good guys” it’s them we need to throw into the ocean with weights chained to their bodies so they can figure out how not to drown. In anti-hero stories, the main characters still need to have conflict, but amping it up by having beloved secondary characters negatively impacted by the actions of the anti-hero is super juicy conflict.

[well]Do you have any favorite anti-heroes? Writing an anti-hero? Let me know in the comments! [/well]