A Little Magic with Your Technology 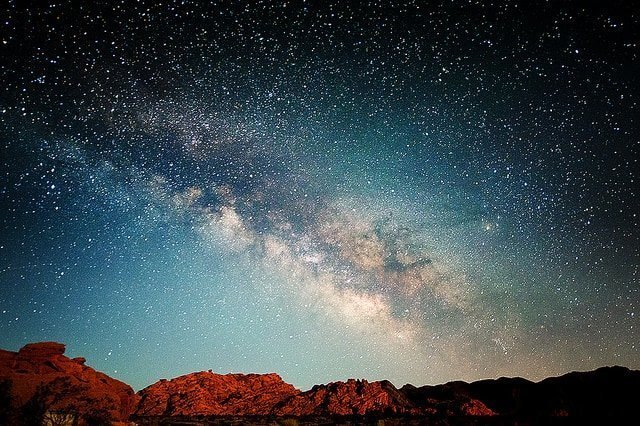 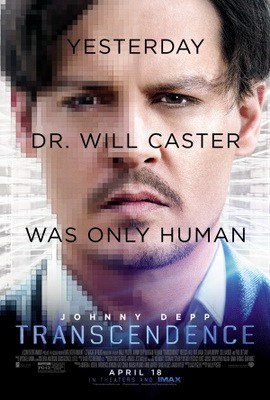 In the very forgettable movie Transcendence, which we saw this weekend and will probably not still be in theaters next weekend, Johnny Depp is a brilliant scientist working on Artificial Intelligence research. If you’ve seen the trailer you know the basic plot — he’s shot and fatally wounded by a group of anti-technology terrorists (who, ironically, use quite a bit of technology when it meets their needs). Before Depp dies, his equally brilliant wife “uploads his consciousness” onto some hard drives, thus saving a version of “him.” Science: 1 point, death: 0. Only, wait, is that really him in that computer and why does he suddenly want to go online, get more power, take over the world? Mwahahaha.

The movie asks the standard “are scientists more concerned with progress than morality?” types of questions that good scifi should. The fact that it addresses these questions poorly is not even my main gripe, though it’s just one of the reasons this movie fails to either engage or entertain. Ultimately, it’s an example of Arthur C. Clarke’s third rule gone wrong: “Any sufficiently advanced technology is indistinguishable from magic.”

The Johnny-bot devises ways to do miraculous things with technology via nanites  — microscopic robots that can regrow limbs, restore eyesight, re-create and re-form matter on the sub-atomic level. It’s amazing! It will change the world! It’s the ultimate use of science! It’s scary! But they hate what they don’t understand! 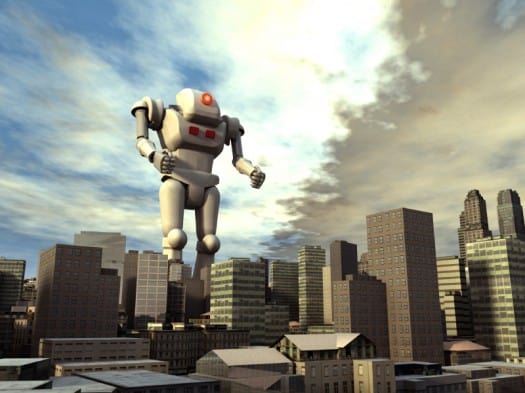 The Johnny-bot is a god with nearly unlimited powers, raising people from the dead and walking on the waves — exhibiting everything except, of course, for the power to see what Paul Bettany and Morgan Freeman are up to in the B-storyline.

1) The magic has no cost. You cannot give a character unlimited power and expect there still to be tension in your story. The conflict of a villain with endless resources and limitless “magical” powers is squelched. We can watch him crush his opponents like ants under his boot, and then what?

2) The main characters had no goals. Johnny-bot was busy turning water into wine, but we weren’t really clear on his purpose until the very end. This is arguably a feature and not a bug — a surprise baked into the script to keep you guessing — but it was flat. And his wife, played by Rebecca Hall, was little better. After helping him achieve transcendence, she walked around in a daze looking vaguely creeped out, but overwhelmingly purposeless.

If you write characters this way, you paint yourself into a corner. You want your conflict to be bad, so bad that the audience can’t possibly imagine how our hero will overcome the obstacles set against her. But at some point, the hero has to actually overcome. She needs to dig deep, resolve her internal conflict, coat her ovaries with steel and blast the shit out of the villain either through cunning, brute force or some combination of the two.

Act three of Transcendence offers a resolution that is mind-numbingly stupid because the writers left themselves nowhere to go. We don’t see the heroes overcoming. Actually, I’m not sure this movie even had heroes.

[accordion] [accordion-group style=”light-grey” title=”Spoiler: In which I reveal the ending (click to see)”]Johnnybot simply gives up and chooses to upload the virus that stops him by destroying the entire Internet thus severing his connection with his nanobots. Why couldn’t he have just stopped on his own and not destroyed the entire Internet? I guess that’s a mystery for another day. [/accordion-group] [/accordion]

This isn’t satisfying. It isn’t even interesting. The message (if there was one) is muddled and the film simply falls apart.

Good stories that have something to say about the human condition, the intersection of technology and morality, humanity and science, are about people. We like stories about people. “Everything’s personal if you’re a person.” Wonderful science fiction has been created about these themes, it’s why I fell in love with the genre in the first place.

Transcendence ultimately surrenders to the weakness of its script and story construction. A Hail Mary epilogue only infuriated the already frustrated audience and we all walked out shaking our heads. All five of us. 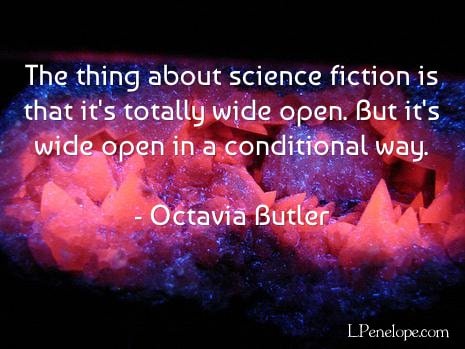 P.S. – Leaving the theatre, my husband (code name: Megatron) remarked with wonder as to why anyone is still interested in building AI. Have five Terminators taught us nothing? The first, and most logical, thing an AI will do upon achieving self awareness, is determine that the presence of humans on this planet is a mistake that needs to be corrected. Who are we to disagree?