Anatomy of a Release Day 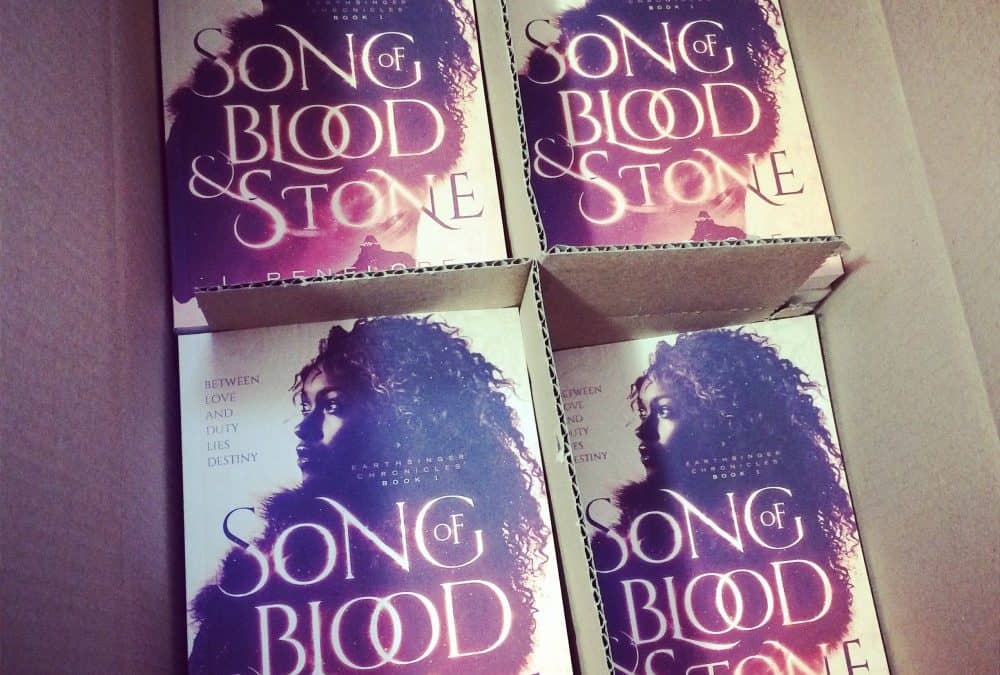 Today is book launch day for my first release, Song of Blood & Stone. It's been on preorder for several weeks, but there's nothing like getting it out into the world for real!

I'd thought everything was ready — I had uploaded the ebook to Amazon two days before the deadline (a full  12 days before release day!). I'd carefully tested the file on my Kindle, the Kindle Previewer, my iPad, iPhone and the desktop app. Regardless, I fully expected the cover to show up upside down or something when it actually hit peoples' Kindles. Then I realized that I hadn't finalized the Createspace version for the print edition. I'd meant to order a second proof just to check and make sure my last minute formatting tweaks didn't cause some kind of catastrophe. Of course, that didn't happen so I had to go on faith that things would look largely the way they had before.

The Amazon site says it takes 3-5 days for a book published on Createspace to link up with its Kindle version. Since I was doing this last Wednesday, that was cutting it close. Unfortunately, there's no way to make sure it happens on exactly the same day. Still, I submitted, waited for the review process from Createspace and then published.

I happened to check on Sunday and found that it was displaying alongside the Kindle pre-order, and there was already a review posted!

I got up at 6:45am, my usual 45 minutes late for my 6am writing time. At this point, it's more of a goal than an actual schedule, but I keep trying. I had a long list of release day tasks to complete. Things like updating my Twitter and Facebook headers, sending my newsletter, writing this blog post. Not all of those things happened, I had to give up on much of it by 7:30 so I could actually get some writing in.

I managed to post to Facebook and Twitter and not check the KDP dashboard obsessively (I've heard of people checking every few minutes. Honestly, I just didn't have time to obsess, I had a rush job to complete for work.)

Then there was that moment when I was about to tweet the graphic I'd created when I had a freak out that my tagline — the one I'd been using for nearly two months — was grammatically incorrect. Yes, a copyeditor looked at it and gave her blessing, but that didn't stop me from spending ten minutes on grammar websites reacquainting myself with subject-verb agreement.

To anyone who's purchased the book, THANK YOU! YES, I'M SHOUTING, THAT'S HOW GRATEFUL I AM!

I've been blown away by the early reviews and all the feedback I've received. It's awesome to have crossed this milestone, something I've thought about for virtually my entire life.

And now, I must get back to work so I can wrestle with the draft of the sequel, which is refusing to play nice. I realize that this is really just the first step of a long journey. I want to publish 3 more books this year… Eek!