I know many of us are happy to have 2017 in our rear view, and 2018 is shaping up to be just as interesting. I love new years, new calendars, fresh reams of paper on which to write the script of your life. 2018 holds a lot of big events for me. I have a milestone birthday coming up in April, a milestone wedding anniversary coming up in October, and a milestone book release coming up in May (Song of Blood & Stone releases May 1, in case you hadn't heard).

But first things first, let's look back at the year that was, courtesy of my Google Calendar because lord knows I don't remember even half of what I did last year…

I spoke at the Digital Book World conference in New York and was in town for the Inauguration protests. My husband and I saw Hamilton (him for the first time, me for the second ;-p). 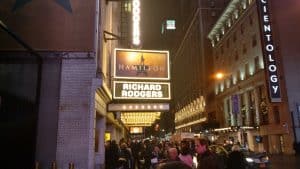 I had a story published in Sycorax's Daughters, an anthology of horror fiction & poetry by Black women authors. 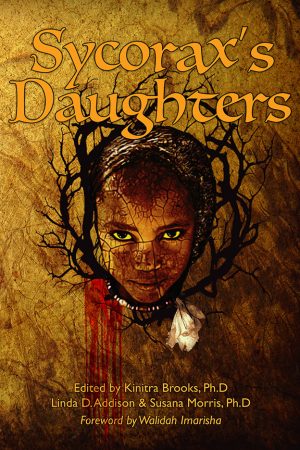 I did two book signings for Sycorax's Daughters with an amazing group of women. I also had a problematic organ removed by a robot, completed my copyedit review of Song of Blood & Stone, wrote all the chapter epigraphs, and turned in the final manuscript (all in one week!). Began working on editorial revisions for Whispers of Shadow & Flame (Earthsinger Chronicles book 2).

Attended RT Booklovers Convention. Had an amazing time. Presented a full-day workshop on Self-Publishing for the Washington Romance Writers, along with Indie authors Magda Alexander and Rebecca Rivard. Spoke on a panel at the Library Journal Day of Dialog in New York. Hung out with my brother in that really cool library in NYC. 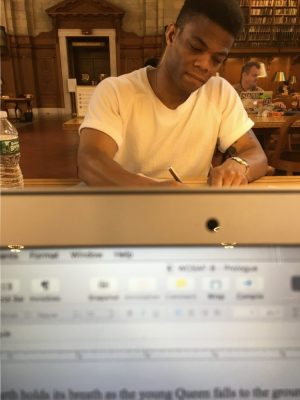 Got an incredible hookup (thanks, Veronda!) and attended BEA for about an hour before catching my train back to Maryland to check out a fiction masterclass by Alexandra Sokoloff. And in the midst of all this, submitted the revised manuscript for Whispers of Shadow & Flame to my editor. Spoke on a panel at DC's AwesomeCon. Was kept sane by my sistren, Ines Johnson & Cerece Rennie Murphy. 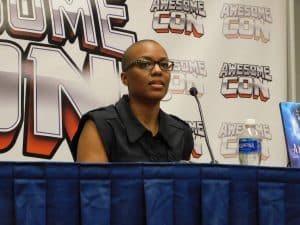 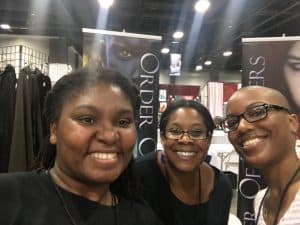 Tagged along on a work trip of my husband's to Roanoake, VA. Went to Philly for the AuthorGo conference with Ines. We caught a very cool museum exhibit on magic in the ancient world. Went to a concert with my friend Cherise and met John Legend. The next day flew to Orlando for the RWA Conference, where I spoke on a panel and ingested a metric ton of information. 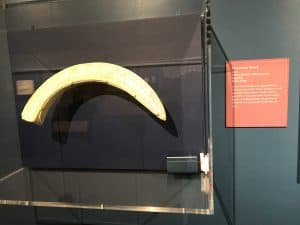 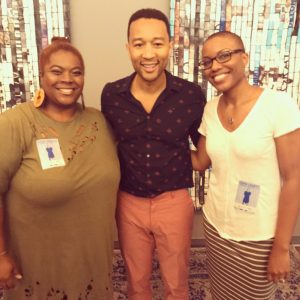 Turned in the first pass pages of Song of Blood & Stone and received the updated cover. Swooned. Attended the BCALA Awards in Atlanta to present this year's winner of the Self-Publishing Fiction award. Met Congressman John Lewis. Attended my niece's first birthday party. Experienced the fruit fly apocalypse in our home; waged war and eventually won. 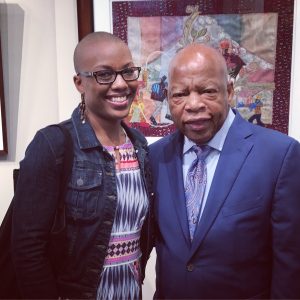 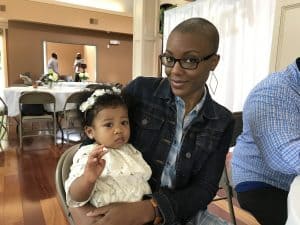 Found my first gray hair. Started my new obsession: rock climbing. Went to the NMAAHC (National Museum of African American History and Culture) for the first time. Got a new tattoo: “So be it – See to it,” words of power and creation from Octavia Butler. Caught Dave Chappelle live. Spoke at the Baltimore Book Festival. 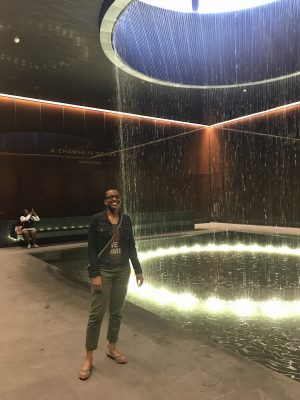 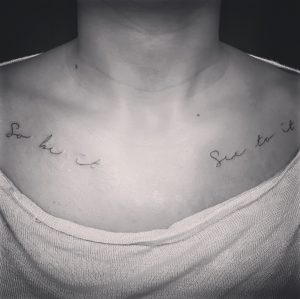 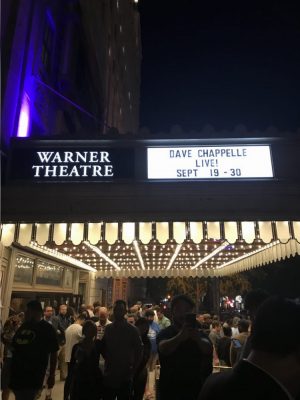 Mourned the passing of my mother-in-law.

Spoke at the Capclave conference. Tagged along on another work trip of my husband's, this time to Denver where we celebrated our anniversary, and I met my lovely agent, Sara Megibow, in person and spoke to a MFA class with her. Taught a couple of Flash Fiction workshops at a local community college. Attended the Thurgood Marshall Scholarship Awards where two of the Real Housewives of DC stole our seats. Fortunately, we were re-seated in time to catch my husband's 15 minutes of fame. 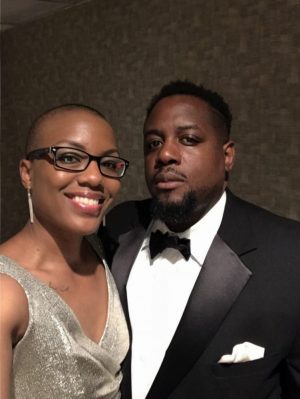 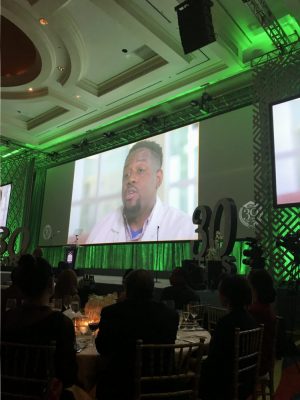 Turned in the initial manuscript of Cry of Metal & Bone, Earthsinger Chronicles book 3, to my editor. Received the lovely ARCs of Song. Swooned. 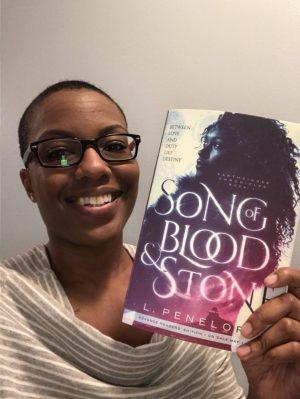 Became the pet parent of a brand new pup. Did my Christmas shopping late and strove to express my gratitude for all the wonderful things in my life.

And there you have it! Hope you're ready for another journey around the sun. I don't know about you, but I'm entering 2018 like: