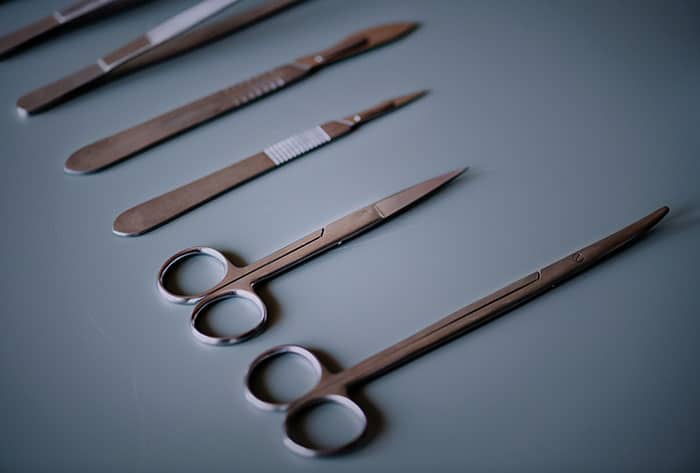 “I’m writing a romance short story about my hysterectomy.”

My husband blinked in response to my announcement. “Um. Okay.”

I’ve written about scars before. In fact, I think maybe that’s the only thing I ever write about. Whether they’re visible on the skin or only marring areas inside a character’s mind, I’m always trying to figure out ways for people to heal old wounds that still ache like they're new. 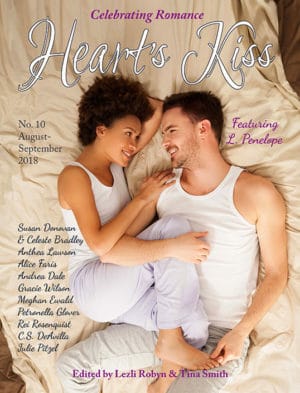 The short story for “Before I Run” which appears in Issue 10 of Heart's Kiss was conceived years before I had my surgery. It was always about a school teacher who quits in the middle of class, fed up with her life. But I never got much further than that. I wasn’t sure exactly why she quit. What was wrong with her life? Why that day? What was the final straw? It took my surgery to figure those things out.

I went into the hospital completely unprepared for the emotional turmoil headed my way. I’d already had a procedure to remove fibroids from my uterus five years prior. At that time, I was told, “If you’re going to have children, you’d better hurry up.” It shouldn’t have been a rush in my early thirties, but my proclivity for tumors had shortened the timeline, according to my doctor.

But by then, I’d discovered the childfree by choice movement, and for the first time had given myself permission to acknowledge the very real possibility that I didn’t want children. I searched my soul, read some books, watched interviews, and started practicing saying, “I don’t want children”—if not aloud, then in in my mind.

There was plenty of guilt associated with the idea. I’d gotten married a few years before and just assumed we’d have kids. That was just what people did. I didn’t want to deny my husband the opportunity to be a father—he’d be a great one. But I also couldn’t deny that giving birth and raising a child held little appeal to me.

But I still had time. I might change my mind.

Even years after that first surgery, which left me with a C-section scar and nothing to show for the experience but a slimmer waistline, I figured I had time. I’d gotten more comfortable saying aloud that I didn’t want children. I’d fought with my mother, had endless conversations with my husband and myself about it. From his perspective, it was my decision. I’d be the primary caregiver, and he would never want to push me to do something so life-changing unless I was 100% behind it. The guilt didn’t go away, nor did the fear that this change of heart would end my marriage, but my resolve hardened.

Still, it was possible, though unlikely, that I would change my mind.

And then the fibroids were back. Distending my belly again. And along with them, heavy bleeding. So heavy, I was afraid to leave the house the first few days. So painful, I’d have to lie on the floor for an hour, unable to move or even crawl into bed.

My options, as I saw them, were to keep removing the aggressive fibroids every few years, or have a hysterectomy at age 38. I wasn’t blasé about it; I wasn’t eager to undergo another major surgery, but it seemed like the best option.

And removing the fibroids would do nothing to help the adenomyosis, which my doctor suspected I also had. That condition was likely responsible for the heavy bleeding and intense pain.

So, I did it. I was hospitalized for a day. Came home to an excruciating recovery. I received pain medicine and pills for all the other unpleasantness involved in recovering from abdominal surgery, but I hadn’t expected the intense grief.

I didn’t want kids in the first place, why was I having such a hard time now that it wasn’t my choice anymore?

I struggled even being around children. It’s not that I suddenly wanted to turn back time—I still knew I didn’t want any of my own—it was just the feeling of incompleteness. The powerlessness and lack of control. The feeling that I was being blown around by the winds of fate. I didn’t grieve the child I’d never have, but the choice that had been ripped from my hands.

A few months later, Heart’s Kiss magazine asked if I could write another short story in the Cupid Guild series that I’d started for them. I thought of that story about the teacher that I’d begun years earlier. But this time when I started to work on it, the heroine changed. The story opens with her looking at her scars in the mirror. The place where a robot cut her open and removed a few of her organs. Her scars are mine.

I was afraid to show anyone the story at first. Afraid it was too much. Too heavy for a short love story, too depressing. I actually scrapped it at one point and sent in an entirely different story for that issue.

But months later, I picked it up again and found that it held so much of what was in my heart during that first year after my surgery. And I liked it. I really liked it. Maybe someone else would too.

So, I polished it up, had a friend do a new beta read of it and sent it in.

And felt something that was torn inside me knit itself up again. For while all my heroines represent some aspect of myself, most have layers of separation between us. This story has the thinnest veil between author emotions and character emotions of anything I’ve written. Charlotte is nothing like me, but her pain is mine. Which makes it one of the scariest pieces of writing I’ve put out into the world.

The scars will never go away. They’re mine to keep, and the feeling of loss is still a gremlin on my shoulder. But the writing helps me make sense of myself. It helps me put the world in perspective and cut it up into little pieces I can understand.

So I wrote a short romance about my hysterectomy. It's called “Before I Run” and you can read it in Issue 10 (Aug/Sep 2018) of Heart’s Kiss, along with an interview with me, a bunch of other great stories, and a review of my novel Song of Blood & Stone.

Photo by rawpixel on Unsplash