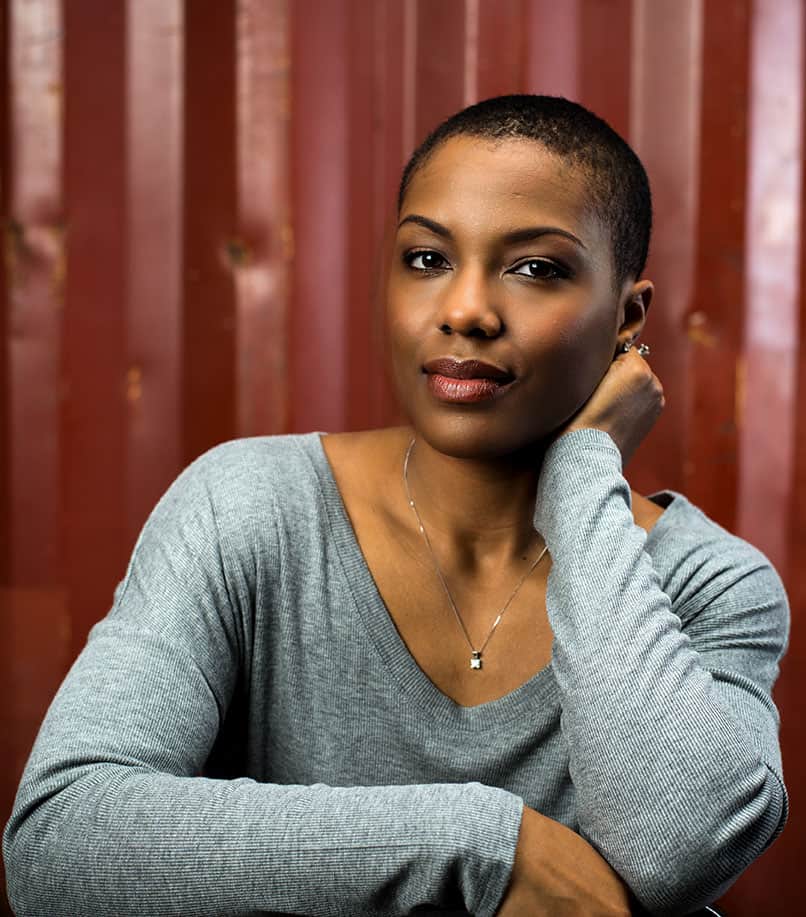 Leslye Penelope, who also writes as L. Penelope, has been writing since she could hold a pen and loves getting lost in the worlds in her head. She is an award-winning author of fantasy and paranormal romance. Her debut novel Song of Blood & Stone was chosen as one of TIME Magazine's 100 Best Fantasy Books of All Time. The novel also won the inaugural award for Best Self-Published Fiction from the Black Caucus of the American Library Association.

She was born in the Bronx, just after the birth of hip hop, but left before she could acquire an accent. Equally left and right-brained, she studied film production at Howard University and minored in computer science. This led to a master's degree in multimedia and a career in website development. She's also an award-winning independent filmmaker, co-founded a literary magazine, and sometimes dreams in HTML.

Leslye is an alumna of VONA/Voices and Hurston/Wright Writers Workshop. She has spoken and taught at conferences and festivals around the country including the Baltimore Book Festival, Romance Writers of America, Writers Digest Annual & Novel Writing Conferences, and the Historical Novel Society.

Her podcast, My Imaginary Friends, is a weekly journal of her publishing life, perfect for readers and writers alike. Leslye lives in Maryland with her husband and their furry dependents.

1. I skipped kindergarten
2. I wrote my first story at five years old. It was called “Time and the Magic Clock”
3. I was co-editor of my high school literary magazine and co-founded a lit mag as an adult
4. One of my tattoos is a quote from The Matrix
5. I once worked on the TV show America's Most Wanted
6. I have another tattoo with quotes from Octavia Butler's journal.
7. I saw the original cast of Hamilton on Broadway.
8. My favorite food: biscuits.
9. My favorite childhood movie was The Neverending Story. I could recite it word for word.
10. I planted a plant for a project in the first grade that lived until I was twenty-five years old. But I do not have a green thumb.

The fairy tale retelling anthology Once Upon a For

I’m in the August 2022 edition of @locusmagazine

Talking about how to make secondary characters fee

Staircases are their favorite places… #pitbull

Found this poem today as I was distracting myself

Came home from my (very awesome) book event to fin